Over the years I have photographed many outstanding weddings and events at Ettington Park.

Ettington Park is situated just six miles from Stratford upon Avon the home of William Shakespeare.

Ettington Park is a picturesque Neo-Gothic mansion with the River Stour weaving its way through the estate.

Upon your arrival, you’ll be greeted by the impressive turrets, that’s just a glimpse of the grandeur to come.

Step inside and you will be blown away with the luxurious décor and floor-to-ceiling windows which present fantastic outdoor views.

Nestled amongst the neatly kept gardens you will find an old Norman Church. This was allowed to fall into ruin and parts were demolished to enhance its romantic picturesque qualities.

In the well-kept grounds, you will find an elaborately decorated Orangery along with several 17th century sculpted monuments.

If you are lucky you may even see some Deer. 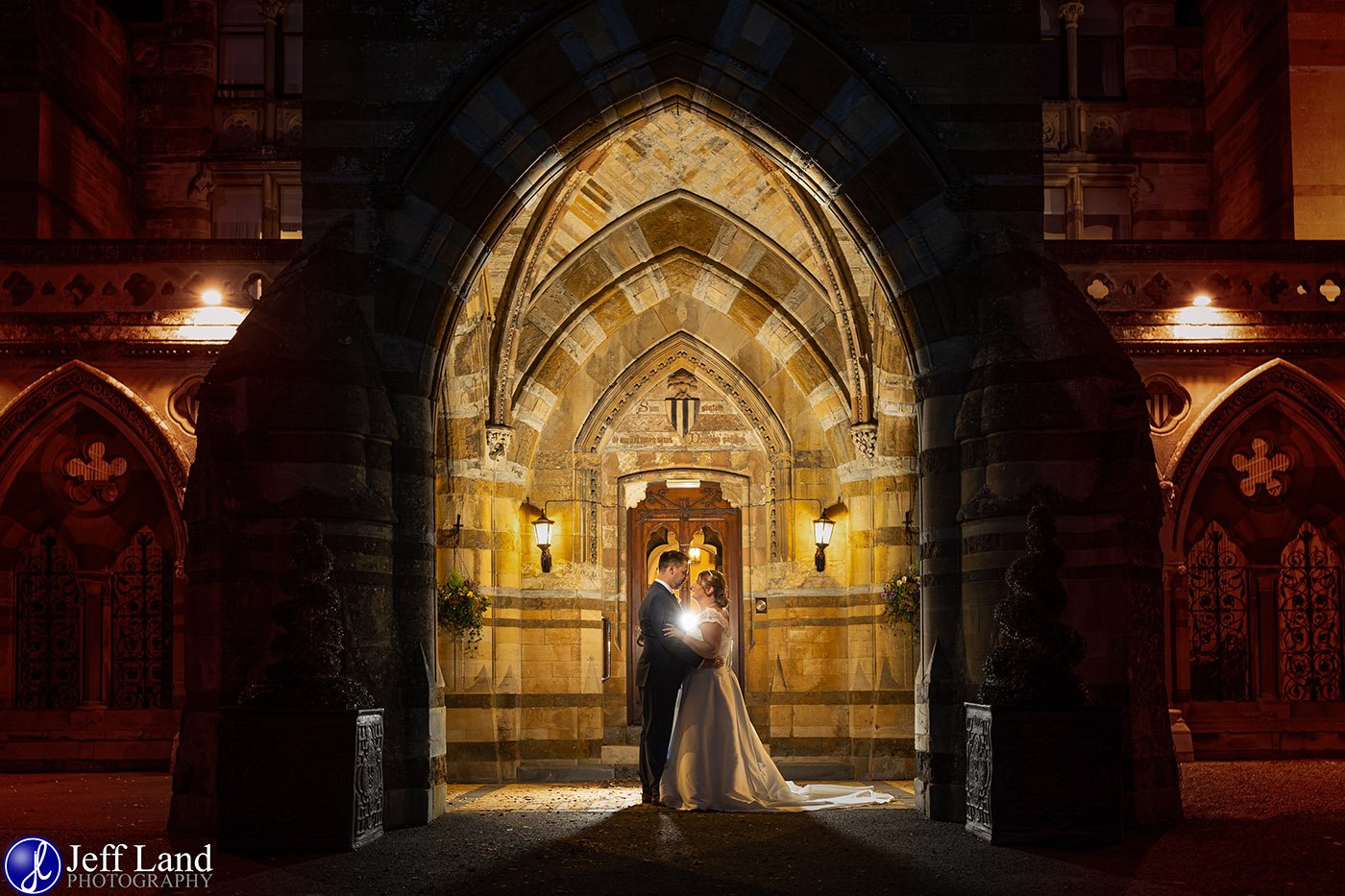 The History of Ettington Park Hotel

There is archaeological evidence that indicates the site has been inhabited for at least 2,000 years.

Roman coins and pottery have been unearthed on the site, enough to support the possibility that one of the early structures could have been a Roman villa.

Previously being the historic home of the Shirley family, whose ownership dates from the time of the Domesday Book. The house was remodeled with its current look between 1858 and 1862 for Evelyn Shirley.

The old manor was later demolished and replaced with a newer smaller house which was rebuilt using salvaged materials. In 1935 during World War II, the mansion briefly became a nursing home. During the Second World War, it was turned into a Prisoner of War camp for Italian soldiers.

It had a short spell as a nightclub then became derelict after being destroyed by fire in 1979.

In 1983 after several years of neglect, the manor house and grounds were leased to the Isis Hotel Company. An extensive restoration program worth millions of pounds was undertaken to return the mansion to its old glory.

It is now managed and operated by Hand Picked Hotels Ltd.

Here are a small collection of photos I have taken during various weddings and events at the Ettington Park Hotel.

Click on any image below to show full size.